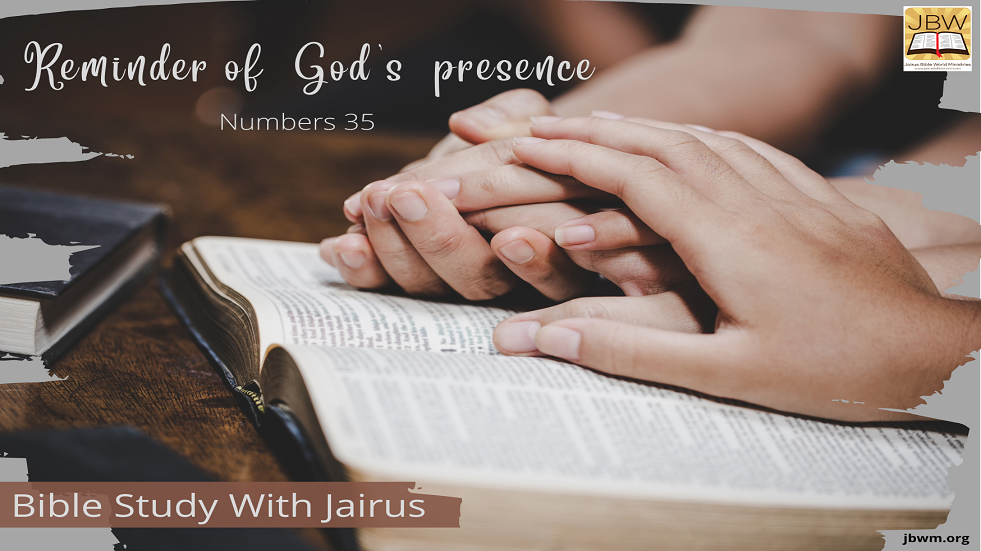 Levitical Cities: An Enlarged Replica of the Tabernacle

Which is it? One thousand or two thousand? These verses have puzzled rabbis and interpreters through the ages. The complicated explanations are too complex to include here.

As the Israelites were scattered through the land, living and fighting in various places, it would have been easy to forget that God’s presence was still with them. But God wanted to dwell among the Israelites. What should He do? The 42 cities inhabited by the Levites plus the 6 cities of refuge formed a giant replica of the tabernacle to remind them of his presence.

Archaeologists discovered that 1,000 square cubits is 202,500 square meters. Counting the size of the pasturelands around the cities, the cities would be even bigger. This was a very spacious city at the time; most cities at the time were not this big. However, this was God’s ideal design for the Levites. Just like the Israelites failed to expand into the full territory God gave them, the Levites may have failed to build their cities this big. However, God’s original plan was to give them large cities.

The Lord commanded Moses to give 42 cities and 6 cities of refuge to the Levites, three on the west side of the Jordan River and three on the east side of it. Please note that at this time, the tribes of Israel had not yet cast lots for their land assignments (Joshua 13-19). Even after the casting of lots, they didn’t get the lands right away. At the beginning of the book of Judges, Judah and the other tribes were still taking the land of the Canaanites after Joshua’s death. The Israelites were unsuccessful in driving out many Canaanites, and God was displeased (Judges 2:1-5). The Israelites were commanded to expand gradually to eventually occupy 42 Levitical cities. Not until Joshua chapter 20 did the Lord instruct Joshua to establish cities of refuge. Not until Joshua 21 do the Levites receive a total of 48 cities (42 cities plus 6 cities of refuge).

Perhaps every Levite city was a reminder of the tabernacle as the Israelite borders continued to expand. Although the Israelites could still come to the tabernacle of Shiloh and draw near to God, it was far from convenient. In the wilderness, the Levites, like the other twelve tribes of Israel, were camped near tent of meeting (Numbers 2:2). It was easy and convenient to draw near to God in the tent of meeting. But in the Promised Land, it was not as convenient to approach God through the Levites in the tent of meeting.

Let’s think about an example. After Caleb entered the Promised land, he had to fight during the day to occupy the land. At night, when he wanted to offer sacrifices to God through the Levites, he lived too far away from Shiloh to do so.

Although we know that sacrifices were restricted to the tabernacle and later the temple, that doesn’t mean that the Levites living among the people couldn’t minister to the other spiritual needs of the Israelites. For example, Moses prayed for Joshua while he was in battle, and Aaron and Hur helped Moses by holding up his hands. Though Hur is from the tribe of Judah and Joshua is from the tribe of Ephraim, Moses and Aaron are both from the tribe of Levi. In addition to handling the sacrifices, the Levites could also pray for the Israelites’ battles.

The cities of the Levites were not a replacement for the tabernacle (later, temple). They could not administer sacrifices or other services of the tabernacle. Rather, the Levitical cities, in a spiritual sense, could provide prayer and encouragement to the Israelites. In this way, the dwellings of the Levites represented the presence of God, which was necessary to assure victory to the Israelites.

The tabernacle is the most important spiritual picture in the Old Testament. Almost all spiritual truths and experiences can be explained by the metaphor of the tabernacle. For example, the tabernacle had three parts: the outer courtyard, the sanctuary, and the Holy of Holies. These three areas represent the human body, soul, and spirit, respectively. If we apply this metaphor to the cities and pasturelands of the Levites, then the Israelites who lived outside the cities of the Levites lived in the outer courtyard. In the Old Testament tabernacle/temple, ordinary Jews could only enter the outer courtyard to worship God. There, the Levites helped them offer sacrifices. Only the Levites could enter the sanctuary, and only the High Priest could enter the Holy of Holies.

Transition from Tabernacle to Temple

Even after the tabernacle came to rest at Shiloh, it would be many decades before the temple was built. God was waiting for the right time and for the right person to build the temple. Although David wanted to build the temple, God told him that he would not be able to do it because he was a man of war. However, David prepared countless materials, made plans, and hired human talent for Solomon’s future construction of the temple. During this transitional period, God’s presence may inhabit the cities of the Levites besides the tabernacle.

Christ is our city of refuge, and Levitical cities are a picture of God’s dwelling place in Christ. So, our guess that Levitical cities were proportional to the tabernacle is not entirely a guess.

Later, the Levites were not cared for by the Israelites. Some were homeless and had no food to eat. The book of Judges tells the story of a Levite who was taken care of by Micah of the hill country of Ephraim but later robbed by the tribe of Dan (Judges 17-18).

This negative cycle continued until 1 Samuel. Here, God specifically mentions that Eli’s two sons were priests (1 Samuel 1:3) that did not know the Lord (1 Samuel 2). Eli’s eyesight had begun to grow dim. The Bible says that “the word of the Lord was rare in those days; there was no frequent vision.” (1 Samuel 3:1).

Later, while fighting the Philistines, the Israelites placed a superstitious trust in the Ark of the Covenant, thinking that with the presence of the Ark, they would surely win the battle. Unfortunately, not only did they lose the battle, but they also allowed the ark of God to be captured. The Israelites did not realize that God had already been with them through the cities of the Levites, and that they needed to practice taking care of the Levites to take care of their relationship with God. Their neglect of the Levites plus the fall of the Levites ultimately led to their defeat. Blind faith in the Ark is useless. Similarly, a Christian who never prays, never reads the Bible, and doesn’t pay attention to his spiritual life shouldn’t expect God to answer superstitious, last-minute crisis prayers.

Today, Christ is our City of Refuge and Immanuel

The pastureland surrounding the cities of refuge or outside of the Levite’s own pastureland may have been a little bigger. The larger pasture may represent the outer courtyard, where the bronze altar is set up and where sins can be covered. Imagine that a person who has accidentally killed someone is fleeing to the city of refuge. At the same time, a family member of the victim is chasing him down. It’s a very urgent situation. How far away from the city (2,000 cubits, 5,000 cubits, or 10,000 cubits) should the person who is fleeing be considered as entering it? There has to be a border, right? Perhaps the cities of refuge in ancient Israel had a larger pastureland. As long as you had entered this area, you were safe. But this is just my guess.

Today, every Christian and every home is a tabernacle and a city of Levites. We can all be a city of refuge. Our friends and relatives can flee to Christ (city of refuge) through us. The Levites were the leaders of the cities of refuge, and God dwelled among the cities through His invisible presence. Those who accidentally killed someone and fled to the city of the Levites were fleeing under the protection of God.

Similarly, today’s church represents the Levites. Sinners who flee to the safety of believers are fleeing to Christ, the city of refuge. We are the Levites today, and God is with us. The church is like a modern city of refuge. Back then, the Israelites fell away from God because they neglected the presence of God as mediated through the Levites. In the same way, believers today can fall away as they neglect God’s presence. May we all cherish the presence of Christ, Immanuel. Although we cannot see Him with our eyes, we know that He has promised to be with us every day until the end of the age (Matthew 28:20).