Dreams About Japan: A Japanese Island 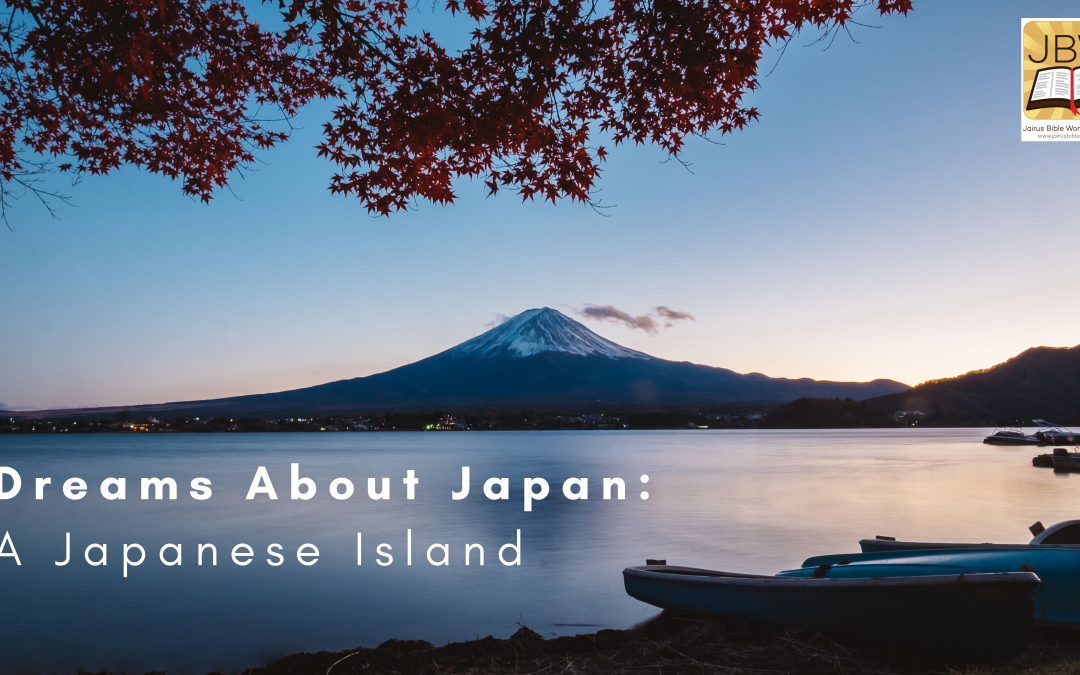 In this dream, I was on a Japanese island eating together with some Japanese people. I was speaking Chinese during this conversation. I asked these Japanese people “are you Chinese?” They said, “No. We are Japanese.” I asked them again, “do you speak Chinese?” They said, “We speak Japanese”. But in the dream, I found they actually spoke Chinese to me. Then they told me that they were originally from an island (I don’t remember the name) and they were the tenth generation of some Chinese immigrants. We had a long conversation and at the end I asked them, “Do you know why I came here? Have you heard the name Jesus?” I heard one of the people answer that he had heard of the name of Jesus. I asked him again, “Did you invite him into your heart?” Then I found several of them were pushed into a room suddenly by another person, and then I continued to speak to them about Jesus.

Kat Kerr, an American prophetess, said in an interview that we as people are multi-layered. She claimed that she was taken to heaven thousands of times. She is often busy doing things or worshiping on earth, but in the spirit she is taken to heaven. Once, she was cleaning at the house of a family who unfortunately lost their daughter. She was taken to heaven and saw that their daughter was leading a youth gathering in heaven. She shared these experiences with the girl’s parents, which comforted their hearts.

Many people claim that God will take us to other places in the spirit. There are a lot who have claimed that they have had such experiences. I can say that I have had many such experiences in prophetic dreams. Clearly, I was physically lying on my bed, sleeping. But in my dream, I was led by mysterious people (usually the Holy Spirit in disguise) to visit, testify and preach in heaven, paradise or different countries. If I only had occasional experiences like this, it may be because of my daytime thoughts which led to my dreams at night. But I can say that I have had hundreds of such experiences.

Some experiences are lifelike. For example, in a prophetic dream, I spent a long time telling the story of how I got my miracle baby to some people who attend a gathering. I remember the details I told, the facial expressions of the people who attended our Bible study, and the scene where they were moved to tears.

In another of my prophetic dreams about Japan which I mentioned earlier, I was taken to Japan to catching fish. The Lord Jesus appeared to me there. Such dreams are too numerous to enumerate. The dream of preaching the gospel to the descendants of a Chinese on an island in Japan may be such a dream. Maybe I was taken to a place in Japan in my spirit to preach the gospel.