Dreams About Japan: Fighting on a Scaffold 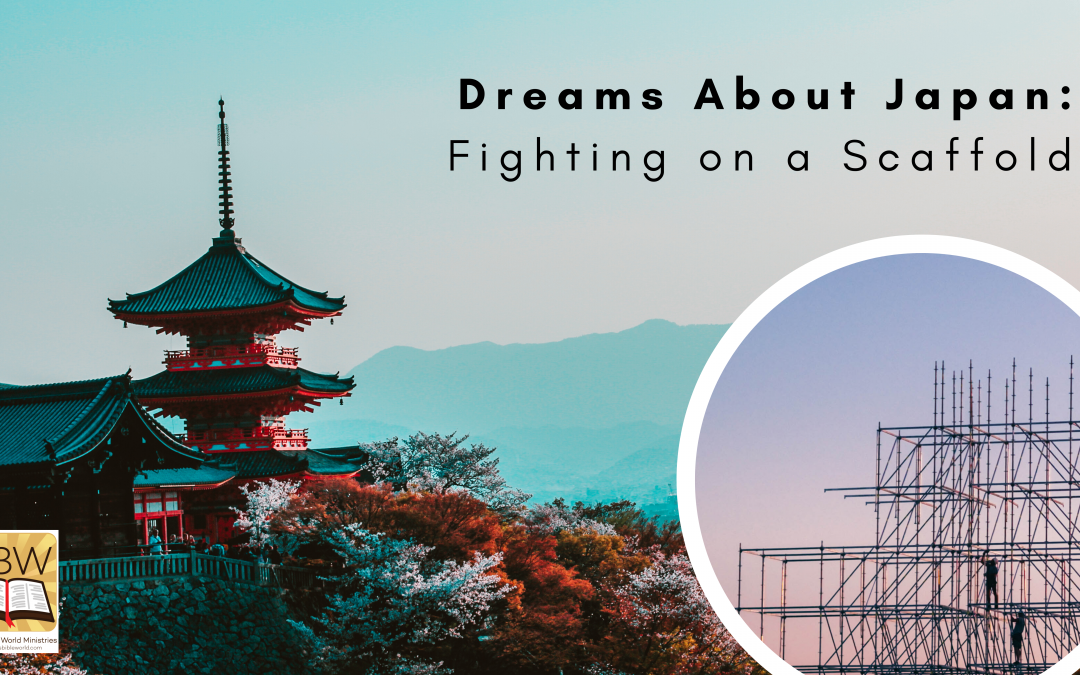 Dreams About Japan: Fighting on a Scaffold

I had another dream about Japan and this could be one of the first dreams I had about Japan. In this dream, I was fighting fiercely with someone on a scaffold and he was trying to chase me and pull me down. I tried my best to climb up. I don’t recall the date of this dream but I know it took place in Japan.

Although I have not carried out any real-life gospel work in Japan, perhaps the evil spirits understand God’s call to me and have begun to attack me vigorously. This dream depicted a spiritual war in Japan.

I was also taken to a campus in China in another dream. There, the Lord suddenly appeared in the light and laid His hands on my head. After I fell on the ground, I found that the Lord was gone. After that, I was often taken to different places in China to fight with different enemies in different dreams.

These dreams are about spiritual warfare. I never prayed to God to have spiritual battles. But after the Lord’s call and anointing were released, the enemy began to attack me vigorously. So I was forced to engage in spiritual battles.

For a few months in 2020, I fasted and prayed at noon every day, hoping to achieve a spiritual breakthrough. After praying for a few months, I felt that I was about to experience a spiritual breakthrough. But in the end, the enemy started to attack me, causing some relatives to quarrel with me. At first, I was praying for them, hoping that they would repent and believe in the Lord, but the enemy attacked. When I was attending a doctoral program that year, a classmate who has a prophetic gift prophesied about me. Without knowing my circumstances, she said she saw in the spirit that

the Lord was leading me into a spiritual battle. She saw that the Lord was not only teaching me about spiritual warfare, but also that I would pass on what I learned from this experience to the next generation, including my daughter.

In China and Japan, there are all kinds of evil spirits who lead people to worship idols. If we will one day go to China and Japan to preach the gospel, we will need to know how to bind these evil spirits. Otherwise, how will the gospel be effective? So I think God is preparing me to participate in future ministry.

Hopefully, one day we can be like Paul, whom the evil spirits recognized and feared. If we cannot win spiritual battles, we might be like the seven sons of Sceva, a Jewish chief priest, whose story is recorded in Acts 19. They tried to cast out the evil spirits, but the evil spirits said to them: “Jesus I know, and Paul I recognize, but who are you?” The evil spirits overpowered them, and they fled out of that house naked (ESV, Acts 19:15-16).