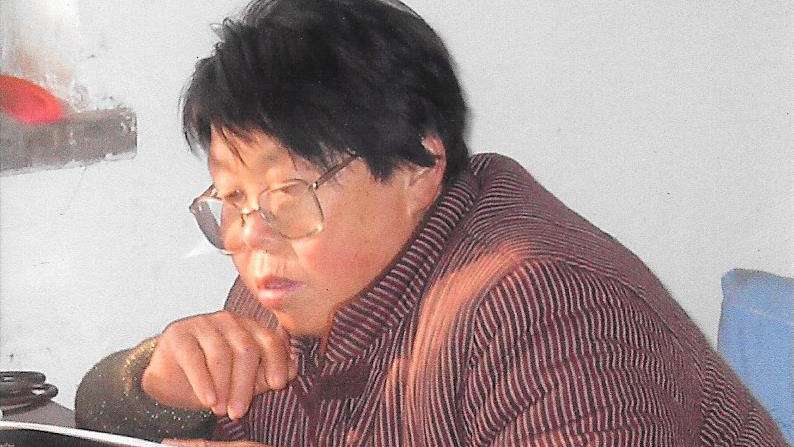 Have you ever tried to witness to a Buddhist friend about Christ only to hear them say they are perfectly content with Buddhism? Even if you try to argue that Jesus is the one true God, you may be met with anger. It is true that some Buddhists can be won over by a Christian who demonstrates Jesus’ love and patience, but typically this is a long process with a limited rate of effectiveness.

In my hometown, there are a lot of Buddhist believers. I am referring to the city of Handan, China. In China, there are two main groups of people who do not believe in the Christian God. The first group are atheists and they claim to believe in no god. They think burning incense to Buddha is superstitious and worshiping Christ is a crutch for the weak and unsure. They don’t believe in God, spirits or ghosts. The other type of person believes that gods exist, but they only worship the gods whom they think will do something for them. If an idol they worshiped manifested itself or helped them at some point, their loyalty will stay with that god.

I have a lot of direct experiences with people of the second group. Both my great-grandfather and grandfather are devout believers of Lü Zu. This is a god in Taoism. A local legend teaches that one day the Japanese were preparing to attack our village. Due to heavy fog, however, the Japanese got lost and were not able to enter our village. The villagers thought it was a manifestation of Lü Zu, so they built a special temple for him. The temple was demolished during the Cultural Revolution but restored afterward. After it was rebuilt, incense burned and flourished showing the power of the people’s faith and superstition. I never met my great grandfather, but I heard from my family that he was an enthusiast of the Lü Zu Temple. When it was being built, my grandfather even donated wood to it. It was clear to anyone who came to visit that my grandfather worshipped Lü Zu.

My mother, on the other hand, always worshipped Guanyin Bodhisattva. In fact, our house was built on the site of a Bodhisattva temple that was previously demolished. Villagers said that our family lived in the “West Temple.” Before my mother came to faith in Jesus Christ, one of her reasons for worshiping buddha had always been that “our family is in the West Temple.” She was not willing to offend the gods by denying this privilege and tradition. Although my mother was not on good terms with my grandfather for most of her life and she also didn’t worship Lü Zu, she still highly respected the village sorcerer of the Lü Zu Temple. This sorcerer didn’t have a good education nor did he come from an influential family line. It happened that suddenly one day, this man became possessed by a deity and became a sorcerer henceforth. Everyone often asked him questions; they treated him like a Christian would treat a prophet. He was a frequent and respected guest at the Lü Zu Temple. When I was young, he even used to visit my house. I didn’t like him at all, however. Like my father who was deeply influenced by communist education, I really hated this kind of feudal superstition.

Later in my life, I became a Christian and moved to the United States. I have always tried to witness to my family, but with trivial effect. My mom always said that we should go our own way. She stated once, “You believe in your Christ; I believe in my Bodhisattva.” Despite her suggestion, I still tried to witness to her. One year I took my parents on vacation to another city. My friend, a Christian brother, treated us to eat and witnessed to my parents. My father ended up leaving the restaurant in anger.

By 2016, my wife and I had been married for ten years and experienced ten years of infertility. In addition to seeking medical help, I prayed that God would heal us. My mother also desired that we would be healed, so she prayed to Bodhisattva, asked the sorcerer for help and petitioned children on our behalf from all kinds of idols around my hometown. In 2010, our first in vitro fertilization (IVF) failed and my wife and I were very sad. Around that time, my parents came to the United States for a short visit. I thought that maybe my mother would encounter the Lord in this time. I took her to participate in the activities of our church in New Jersey and when she saw people being baptized, I encouraged her to accept the Lord. She hesitated.

In the end, she did not make a faith confession nor get baptized. In fact, when she saw our infertility situation, she said upon leaving, “Believing in Jesus hasn’t brought blessing to you… I will not believe in your God.” After returning to China, she continued worshiping Bodhisattva, and her heart became more hardened to the gospel. We seemed to have gone back to square one: I believed in the Christian God and my mother worshiped Buddha.

One day, I said to my mom, “You worship your Bodhisattva, and I believe in my God. We are all praying for us to have children. Why don’t we play a game? Let’s see if your Bodhisattva or my God is more reliable.” This was my attempt to show her that the Christian God is the true God and powerful enough to heal my wife’s barrenness. At that time though, my faith was nothing spectacular and I didn’t have any special revelation yet from God that we would have a baby. I was simply relying on a Christian’s basic belief in God.

Six years passed by. My wife and I tried five more IVF’s, but each one failed. Finally, our doctor announced we would never be able to have a baby through natural means. He said we could never have a birth by natural means. We fell into despair. I decided to leave my Evangelical church in 2015 on a search for supernatural healing. I participated in countless Charismatic healing conferences, but we still remained without a miracle. That is until I received a word from the Lord in January 2016. I found out by accident that there was going to be a prophetic meeting called the Elijah List Conference in a small town in Oregon. Hopeful, I signed up and flew from Eastern Maryland to attend the special meeting.

One of the speakers at this meeting was Dutch Sheets. In a moment of being filled with the Holy Spirit, he prophetically declared, “You are here today to attend this special meeting. Don’t think it is accidental; God is leading you. Starting from today, you will clearly hear God’s voice like you’ve never heard it before.” Upon hearing this, I was moved and greatly encouraged in my spirit. During the break, I stopped at a store and said to God, “Please speak to me clearly today.”

I continued walking until I saw a Christian bookstore. I could see inside through the glass window. I stopped to sit on the bench outside the door. Not long after I sat down, my eyes caught the attention of a 2016 calendar which had the title, “2016 Prepare Your Family.” Suddenly, I heard God say to me: “Prepare your family in 2016. You will have a child this year.” I had never heard God speak so clearly. I was both shocked and ecstatic! I immediately called my wife to tell her.

Despite clearly hearing God’s words that day, I didn’t know what month it would come to pass. Regardless, I returned to China to celebrate the New Year in February 2016 and I widely publicized to my family that God was going to give us a child that year. My sister is a simple person. She said dubiously, “Since our younger brother said this in advance, if it is true, it seems that the God that he believes in is true.” My mother was still hard-hearted, however. Even to the point that when I prayed for the infertility problem of my two cousins, my mother commented, “You aren’t even able to solve your own problem. Don’t make a fool of yourself.”

After returning to the United States, a few more months passed, and my wife and I still hadn’t conceived. It was an agonizing time for us. However, after having a dream that indicated that we would have a baby the following month, we finally and miraculously became pregnant! When my wife was less than three months pregnant, I still had not told my mother about it. My mother, however, sensed something was different and asked if something happened. When I told her about our pregnancy, she was very happy for us, but she said nothing about God. Finally, during a video call with my mom, I brought up the topic of Jesus again. This time, to my surprise, she quickly responded, “I’m willing to believe in Jesus Christ.” When I asked her why, she promptly stated, “Isn’t the truth right before me? Your God is real.”

My mother was finally able to see that the Christian God is the true God! Both my father and mother were stunned by the wonderful healing power of God when we gave birth to a healthy baby. Our game ended. Afterwards, I got the privilege of leading my mother in the sinner’s prayer and she accepted Jesus. She repented for the sins of her parents to the third and fourth generations of our family and she also repented for ancestral worship. God also did wonderful a work in my father. He started praying over himself before going to bed every night. He did this for more than a year. Eventually, I had a prophetic dream about my parents that I believed confirmed to me their salvation.

Some people may believe in the Lord the moment they hear the gospel. This, however, was not my mother’s experience. My mother’s process of turning away from idols was gradual and ongoing. She moved from accepting Christ to eventually stopping idol worship. She only reluctantly disposed of her Buddha statue after the local temple kindly refused her donation of it. However, I knew my mother had really come to believe in Christ when she told me I could tear down a photo of Bodhisattva that still remained on her wall. In the end, my mother, who worshipped Buddha for a lifetime, came to confess the name of Jesus Christ as the true God because she witnessed a miracle. My mother witnessed the miraculous power of Almighty God, and this is the purpose of signs and wonders—that many may come to know the Christ, the one true God.

I am grateful to Elijah List who held a conference that hosted the authentic presence of the Holy Spirit. It was there that I received both the prophetic gift to hear God and God’s prophetic promise of a child. Not only are my wife and I proud parents today, but we are ecstatic that my family has also been impacted by our miracle.