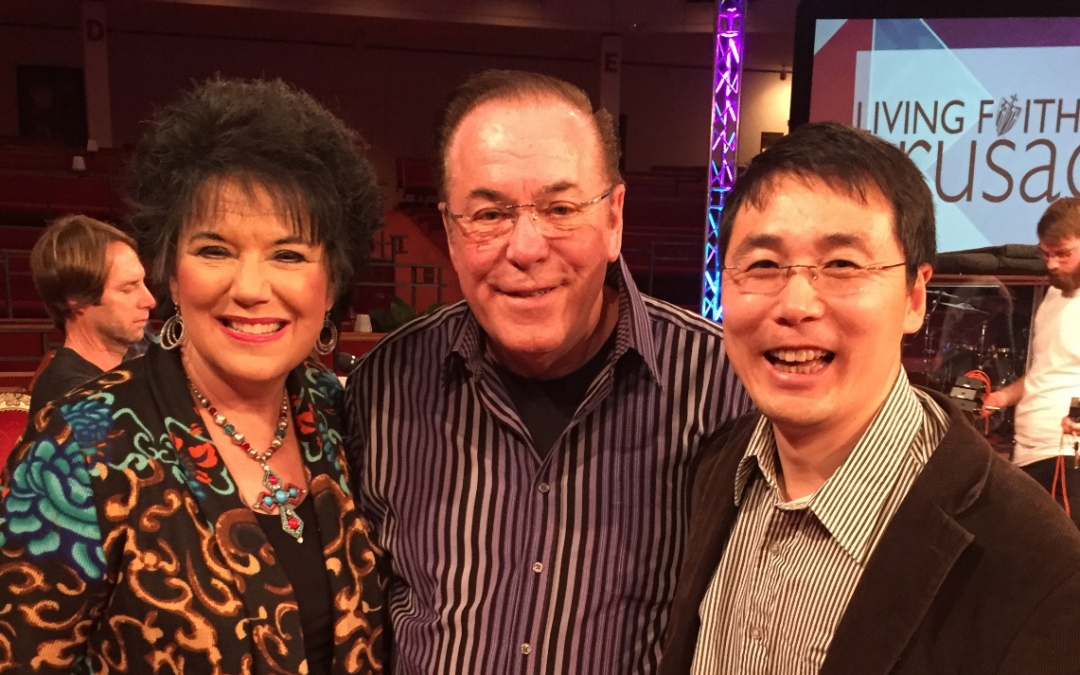 By 2015, I had been in the United States for 13 years and a Christian for the same amount of time. In 2006, my wife and I married and like many other Chinese couples, we had every intention of building a family. In 2015, however, we also approached 10 years of barrenness. We wanted a child, but we simply could not have one.

We realized something was wrong when we were not getting pregnant without prevention. From 2010 to 2014, we attempted in vitro fertilization (IVF) five times. Top medical professionals were treating us, but all their attempts failed. When we tried Chinese herbal remedies, they too were fruitless. I hit my lowest point when our doctor announced we would never be able to have a baby through natural means. Our doctor assured us that the only way to have a baby was through an egg donor. In desperation, we tried an egg donor too. I felt completely hopeless when our egg donor bailed at the last minute.

Being a Christian, the only thing I knew to do was turn to God. This was not always my approach to life, however. I am Chinese and was born and raised in China to a family that worshiped Buddha and other gods. My father was an atheist, my mother was a devout follower of Buddha, and my grandparents worshipped another local idol. Even our house was built on a former Buddhist temple. Before I came to the USA, I met the Lord during my first year of graduate school. Shortly after, I bought a one-way ticket to the USA and this began a new life for me.

When my wife and I reached the point of hopelessness, I decided that I would pray every day until God healed us. I began to consider that maybe the Lord had another way of fixing our barrenness. I desired supernatural healing and to hear prophetic words, but up until this point in my life, I had not had many encounters with miracles or prophecy. In fact, I only knew of such things because of an encounter I had years with Jesus years before. Jesus appeared to me in a vision during a conference and told me he would return after the body of Christ had been built up. I later came to understand this meant Christ intended for the gift of prophecy to continue.

For many years though, and like many other persons in evangelical churches, my wife and I had no interest or knowledge in Pentecostal or Charismatic things. We had general impressions or thoughts about Pentecostals such as, “speaking in tongues may be from the devil,” “false prophecies,” and “deceived by evil spirits.” I even heard accusations about the prophetic movement that said prophecies catered to self or ego. As in, these so-called prophecies make someone feel awesome about themselves but are from the soul and even devilish. They promote a believers’ ego but do nothing beneficial for a person’s spirit and may even harm one’s spiritual growth.

My wife and I had been content in our denomination where love, holiness, and knowledge of the Word of God were the focus. My perspective changed, however, when I decided to reach out to the older, more experienced believers in my denomination to help us receive a miracle. Our elders spoke kind words to us and showed concern for our situation, but they did not receive a vision or a word of knowledge from the Lord to give to us. Some members said that it was the Father’s will for us not to have children, and we needed to accept it. Others said that it was God’s wisdom for us to have more time to serve Him. With all their biblical knowledge, my church elders could not prophetically nor supernaturally minister to us. I came to understand that they could not do this because they did not believe in these practices. However, I was desperate to hear what the Spirit of God was saying about my situation, so I started to search on my own.

I began listening to Pentecostal and other healing evangelists of today and from the past. One day I did a search on YouTube with the keywords “divine healing” and “the baptism of the Holy Spirit.” I found a guy named Norvel Hayes who preached on healing and he continuously mentioned “brother Hagin.” I had to find out who this Hagin man was, but I couldn’t figure out how to spell his name! I listened again and again until I finally found Kenneth E. Hagin on a Google search. Afterward, I learned he was a famous healing evangelist whose son now had a ministry.

In September 2015, I heard that Kenneth W. Hagin was hosting a healing conference in New Jersey. There, I introduced myself to Mrs. Hagin and she later introduced me to her husband. He chatted with me about his experience in Taiwan and our short conversation encouraged me. It was a different experience compared my encounter with another famous healing evangelist who remained distant to the people he ministered to. Mr. Hagin was truly kind.

After his preaching, people lined up for prayer. Hagin laid his hands on everyone and when it was my turn, I fell down backwards. I was determined to stand, but I couldn’t help but collapse to the floor when I felt power come into me. After the meeting, I asked Hagin if he would pray a healing anointing over me. After commenting that it was up to God, he prayed.

That night in the hotel room, I had a dream. In this dream, Jesus appeared to me and told me he already given me a healing anointing! I argued with the Lord that he hadn’t and he told me to raise my right arm. Immediately, a bolt of heat went through my right arm. The Lord asked me a second time to raise my right hand. Another wave of heat passed through my hand. Remembering brother Hagin’s testimony, that he experienced the same thing when the Lord gave him a healing anointing, I understood what God was saying in the dream. However, I admit that I was a little hesitant to believe this was real. At the end, I had Hagin grant a final healing prayer over my wife’s scarf to bring it back to her.

My experience with brother Hagin was incredibly encouraging and edifying. It changed my whole understanding of healing and the gifts of the Spirit, and it brought me into a new anointing. After returning from the trip, I was even more determined to believe God for a miracle birth! In October of 2015, I convinced my wife to join me for another trip to North Carolina to receive prayer from a different healing evangelist. It was at this meeting that a lady saw a vision of the Lord using a sword to cut off a dragon in my wife’s family line, removing ancestral curses. We were anointed with oil and then a prophetic man commented to me that a healing anointing had been given to me! This confirmed what I experienced in Hagin’s meeting and the dream. This man continued to say that the Lord gave me an assignment to pray healing over my wife and through these prayers, she would be healed.

Now, I was convinced more than before that God wanted to heal us and that this stuff is real! We returned encouraged from this conference too, and I continued praying! Although we ended up receiving many confirmations that God wanted to give us children, I desired to hear God’s voice directly speak to me that this was true. I now had the faith to believe he would. Finally, he did. During a visit to a different conference in January 2016, a prophet spoke to the crowd and said, “Today, you come here not by coincidence. It is God who leads you here and from today on, you will hear God speaking to you like you never have before.” I believed and during the lunch break, I wandered near a store and entreated the Lord to speak to me. When I sat down in a chair outside of a Christian bookstore, my eye caught a Peanuts calendar in the display. The cover said, “Peanuts 2016 Family Planner.”

Suddenly, God spoke clearly to me: “2016, Plan your family; you will have a child this year.” I was astonished! I had never heard God speaking to me so clearly, and He just said I was going to have a child that year! I immediately called my wife and she encouraged me to buy the calendar as a memorial. Filled with joy, I shared with the cashier what God had told me. I cannot describe that dear lady’s face, but she must have been thinking, “This crazy Chinese man thinks God will give him a baby through a calendar!” I could sense the unbelief in the air.

Months later back in the USA, we continued waiting for our miracle. One day, I finally said to the Lord, “Dear Holy Spirit, those people in Pentecostal churches always teach that we should have an intimate relationship with you. Now, I have prayed to both the Father and Jesus many times and I do not know when this [pregnancy] is going to happen. Can you ask the Father and Jesus for me when this will happen?”

That night I had a dream. A woman (representative of the Holy Spirit) pointed to the back of a male figure (Jesus) and said to me, “Did He not tell you that you will have a child next month?” I woke up the next morning and told my wife. A couple weeks later I received a text from her that read, “You have won the lottery!” My wife became miraculously pregnant on May 28, 2016. Our miracle baby girl, Elim, was born healthy and beautiful in early 2017.

Thank you, Kenneth W Hagin, for your powerful ministry and faithfulness to God’s calling. I witnessed God’s power to heal as you ministered to many including myself. When you allowed God to use you to pray over me, it marked me and opened me to the reality that God desires for us to be healed, whole and anointed. The course of my life has shifted, and my faith ever-increases. You are a part of our miracle baby testimony and my future of serving God under the anointing!